Michael Alber is the managing partner of the Law Offices of Michael J. Alber, P.C. a boutique litigation firm concentrating in Matrimonial and Family Law, Criminal Law, and Civil Litigation. He has tried cases in the civil and criminal courts and is often retained as trial counsel for firms throughout New York. Michael has tried cases widely publicized in the media and many of his cases have been reported on by newspapers like the Wall Street Journal, the New York Times, the New York Post and Newsday.

His representation has ranged from representing individuals to corporations. He has represented doctors, lawyers, CEO’s, police officers, teachers, and nurses, some of whom faced losing their livelihood, their children, or assets. His trial record in the courtroom is exemplary. His 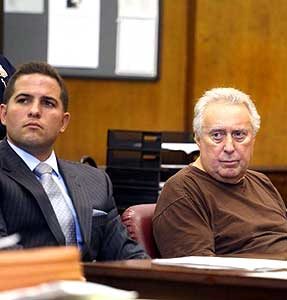 previous experience as a prosecutor for the Nassau County District Attorney’s Office allows him to bring a unique perspective to civil litigation matters. His practical approach to resolution or when in Court his penetrating cross-examination of witnesses produces results. Michael has litigated high conflict custody cases as well as equitable distribution cases involving millions of dollars in assets. He has represented clients who many thought had no hope and prevailed against all odds.

In the area of criminal law, Mr. Alber continues to take cases that seem unwinnable and get acquittals. His thoroughness and attention to detail has been praised in open court from members of the bench. From complicated DWI cases with scientific evidence to penal law crimes with forensics and eye witness testimony, Mr. Alber has displayed an ability to breakdown cases and highlight procedural errors and expose what might appear at first glance to be a strong government case, when in reality the cases are rifled with doubt. Mr. Alber has successfully made motions to preclude DNA evidence in cases involving life imprisonment, has achieved suppression of physical evidence after litigating procedural issues involving a violation of constitutional rights, has won numerous preclusion motions, and has had criminal cases outright dismissed. He is devoted to attacking procedural issues in cases, analyzing and exposing gaps in investigations, and making factual and legal arguments, which spin on the most detailed view of the law. Mr. Alber has been retained to represent clients in federal court and out of the state of New York. 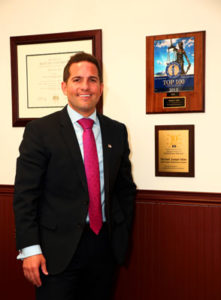 In the area of matrimonial and family law, Michael brings a practical sense toward what often times can be stressful situations involving many complex family dynamics. Because of his background and most specifically his range of experience, Michael is uniquely equipped in assessing the merits of claims in various aspects of matrimonial and family law, from child custody issues to equitable distribution and support issues including post-judgment matrimonial matters. By taking a practical approach, with an eye toward reducing costs of matrimonial and family court litigation, Michael moves to resolve cases swiftly without compromising results. While taking a practical approach, he nonetheless recognizes some cases just have to go to trial. He has tried cases with little to no notice, and has stepped into trials when there was little to no hope achieving unprecedented results. Some of his family law cases have been published in the New York Law Journal, and he has argued before the Appellate Courts in the State of New York.

In civil litigation cases, he has been retained as trial counsel in both state and federal courts. When confronted with the prospect of a trial he is diligent, fearless, and relentless in the pursuit of justice. Michael invites all of his prospective clients to watch him at an upcoming hearing or trial. At the start of a hearing or a trial or during the cross-examination of a crucial witness it soon becomes apparent what makes him special.

The Law Offices of Michael J. Alber is a team of Attorneys experienced in the areas of Criminal/Federal Defense, Matrimonial/Family Law, Litigation, Real Estate, and Personal Injury.

The firm looks forward to the prospect of a trial and is proud of it’s repuation amongst the bar and the bench.