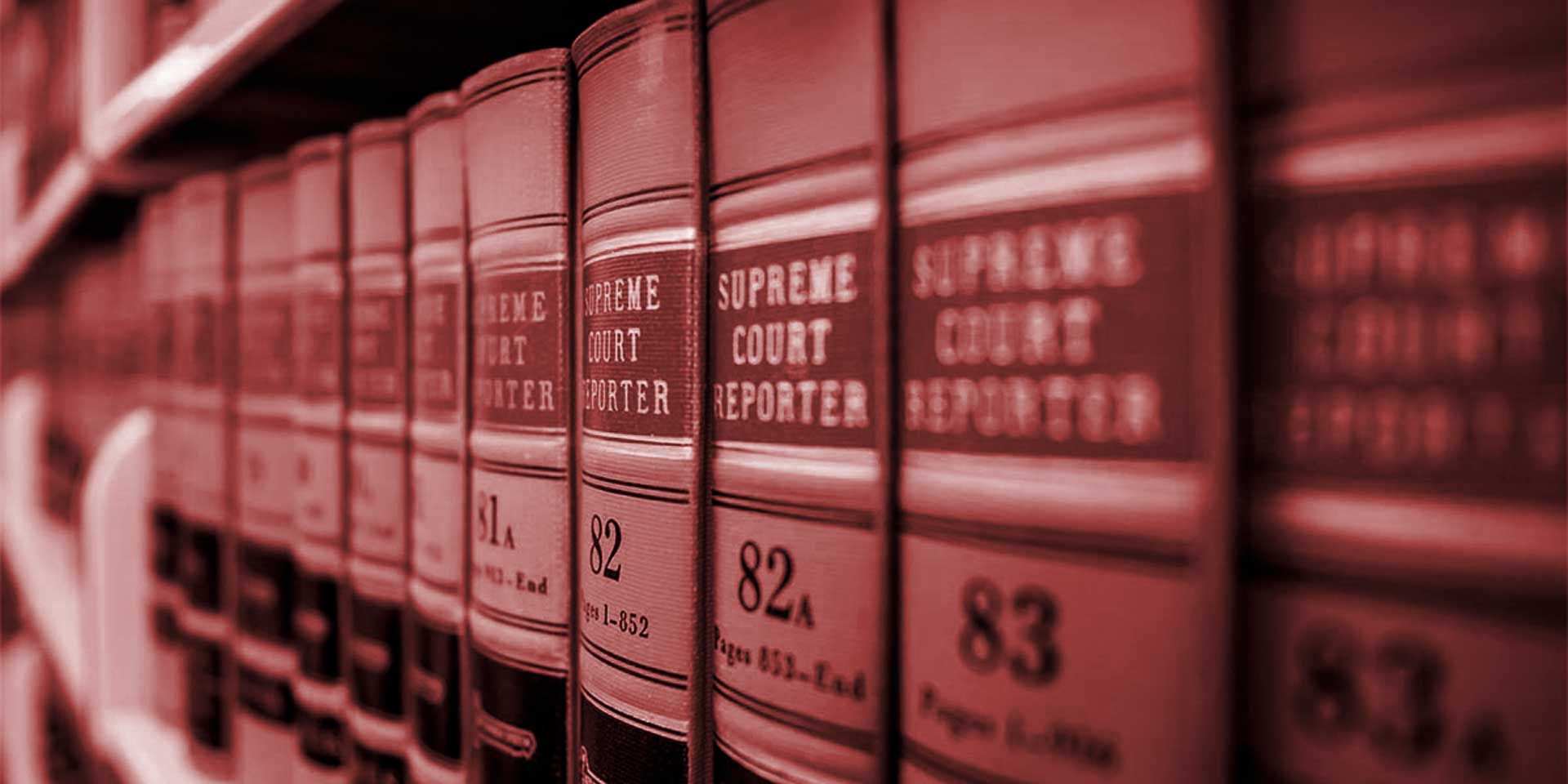 In the matter of United States of America v EW, our firm’s managing partner, Michael Alber, obtained a substantially reduced sentence that fell significantly below the calculated sentence under the United States Sentencing Guidelines.  In this case, our firm represented the controller of a company, who was accused of embezzling funds over at least a five year period.  After an extensive forensic accounting, it was alleged that our client embezzled funds in excess of 3.9 million dollars, and faced in excess of five years.  Making the sentencing even more challenging was the allegation that the loss amount was significantly above 3.9 million and may have been over a span of ten years.  After extensive oral argument and sentencing memorandums, which highlighted significant mitigation and statistics regarding recidivism, as well as the evidence in the case, the United States District Court for the Southern District of New York sentenced EW to 6 months in jail.  We were pleased that justice was tempered with mercy in this case.  We also want to recognize the chair of our criminal defense division, Jason Russo, Esq. for his exemplary legal work in assisting the preparation for sentencing in this case.

After an almost two year battle, a suffolk dad won custody of his daughter. Ten days into the trial the mother settled the case by giving the father custody. The mother finally gave in after cross examination of her, which exposed her outright refusal to co-parent. At that point in the trial, partner marc stein’s diligent preparation, cross examination of witnesses, and persistence shined through, and a suffolk dad got his unyielding wish.

Suffolk prosecutors dismissed a b felony drug conspiracy indictment against a nassau county man. Prosecutors showed great discretion in ultimately dismissing an indictment riddled with legal issues and insufficient evidence. The pursuit of justice involves assessing the weight of the evidence, and prosecutors should be commended for taking their oath seriously.

In the eastern district of new york in a case involving claims against our clients for false arrest, malicious prosecution, evidence fabrication, and abuse of process pursuant to both § 1983 and new york state law, corporation adc and person gl won summary judgment. Michael alber and co counsel joseph ferrante worked extremely hard in getting all claims dismissed. Both mr. Alber and mr. Ferrante took over the case as trial counsel. The case had pressing deadlines with our clients facing significant ramifications. After only being on the case for a few days, we swiftly moved through depositions, additional discovery, pre-trial preparation and convinced the judge to set a new schedule for summary judgment motions despite previous failures in the case. Our clients were previously informed they would have no chance at summary judgment. After diligent research and meticulous preparation our motion for summary judgment was granted in its entirety. Only thorough preparation and attention to detail can pave the path for a successful resolution.

After almost 16 months of litigation, a Brooklyn man had felony charges dismissed. GL was charged in an allegation of road rage, which ultimately ended in a car crash that resulted in serious injuries to a pedestrian on a Brooklyn sidewalk. Through a long term investigation and persistence Michael Alber successfully got a deal for GL resulting in the dismissal of felony charges. GL who was facing significant upstate incarceration ended his case with a sealed violation not a crime, and saved his position in the finance industry.

Michael Alber successfully orchestrated the release of WR a man detained in Columbia and subsequently detained in the Dominican Republic on rape charges. Our office in connection with local counsel in two countries orchestrated his release. In the Dominican Republic WR was facing a life sentence. After a year of effort WR received a suspended judgment and was released. This case made national news in two separate countries.

Suffolk County Man has A1 Felony Drug charges dismissed. Recognizing an unconstitutional search, Michael Alber refused to take a deal. His persistence ultimately lead to the dismissal of all charges by the Manhattan District Attorney.

After multiple willful violations of child support, our firm was able to establish in a subsequent enforcement proceeding against our client that his failure to pay child support was not willful.

In post-judgment litigation, a Suffolk County man was accused of contempt for violating a stipulation of settlement by not taking his mother off the deed to the marital residence.  We successfully argued that because the third party was not a party to the original contract, the court could not enforce the provision.  The contempt was dismissed.

A Suffolk County dad was taken back to court for a child support modification.  It was alleged that his income tripled from the time of the judgment of divorce.  We successfully showed at trial that the children’s needs were being met, and ultimately the magistrate denied the modification.

On an appeal, our client, a Suffolk County mother was granted the right to relocate with her three-old daughter to the state of Florida.  The lower court denied the mother’s request for relocation.  With persistence and diligence, our firm successfully achieved reversal.

After a post-judgment trial, a Suffolk County mother of one child successfully had joint legal custody changed to sole custody and a reduced parenting schedule for the other parent.

After a post-judgment trial, a Suffolk County mother of one child successfully achieved a reversal of custody.

After an extensive high-conflict custody trial lasting three weeks, our client, a mother of two, won custody in Suffolk County.

Nassau County man found not guilty of escaping a police precinct, driving while intoxicated, obstructing government administration, and leaving the scene of an accident. The jury took under thirty minutes to render a verdict.

Suffolk County man has all of the evidence in his case suppressed after pre-trial hearings in Suffolk County.

Suffolk County man has his refusal to take a chemical test in a driving while intoxicated case suppressed after pre-trial hearings based upon violation of our client’s right to counsel.

A Nassau County woman was found not guilty of all charges after trial.  The police claimed that she was slumped over the wheel on initial observation.  That in front of a marked police car she drove up on to the front lawn of a neighbor, went in reverse almost hitting the police car, whereupon it was alleged the driver drove into her own driveway a few houses away and hit a tree.  The police claimed at trial that she admitted to being intoxicated.  In a deliberation that took approximately thirty minutes, our client was found not guilty of all charges.

Aggravated DWI charges dismissed after pre-trial hearings based upon the court suppressing blood alcohol evidence which followed an illegal stop.

Thirteen count indictment alleging forged instrument charges is dismissed after pre-trial hearings after judge suppresses all of the evidence.

A Queens woman was accused in a multi-count indictment of being part of a heroin ring. After two days of pre-trial hearings, our client walked out of court with no criminal conviction and a non-criminal disposition.

A Nassau County man was charged in a multi-count indictment in the eastern district of New York.  Facing 5 years on the original charges, after extensive pre-trial negotiation our client achieved a significant downward variance of twenty months.  The allegations involved mail fraud and scheme to distribute drugs through the united states postal service.  The members charged were alleged to have pocketed millions of dollars.

A Florida man was charged in the southern district of New York in a multi-count indictment alleging violations of RICO with predicate acts of health insurance fraud and gambling.  After extensive negotiation our client received a significant downward variance with RICO charges being dismissed.  He ultimately walked out of court with a non-incarceration sentence.

A Suffolk County man was charged in a multi-count indictment in New York county accusing him of being an acting underboss and captain in an organized crime family.  The indictment which the prosecution believed had overwhelming evidence accused our client of 299 pattern acts of enterprise corruption.  After 4.5 months on trial and three years of pre-trial litigation the case ended in a mistrial.

Nassau County man found not guilty of stabbing another man.  At pre-trial hearings, our office successfully won a ruling having DNA evidence suppressed due to an unlawful search.  At trial, the prosecution claimed it was on video and produced eye witnesses that identified the defendant as the stabber in court.  After two hours of deliberation the jury rendered a not guilty verdict on all counts.

Uniondale school district teacher found not guilty in an eighteen-count indictment charging rape of a minor.

Michael J. Alber has made it the firm's mission to work endlessly for results.

The firm looks forward to the prospect of a trial and is proud of it's repuation amongst the bar and the bench.